A month in Patagonia

I spent most of February and a wee bit of March in Chilean Patagonia. I was flown down to cover the Patagonia Expedition Race which started in Punta Arenas and went south from there – way south. The race was 600+ kilometers long and like a triathlon on steroids the teams of four (with at least one woman) mountain biked, sea kayaked and trekked in some of the most remote and wild scenery known to man. 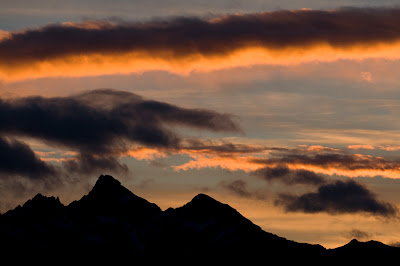 Since it was pretty much impossible to cover the entire race the photographers were split up to cover different sections of the race. Lydia McDonald, the writer who accompanied me, and myself chose to cover the second half of the race starting just north of the Darwin Range. We waited for the racers for five days. Luckily we had a deserted house that was workable to relax in. I don’t know who built it or how long it had been there – probably a good 50 years or more. Since it was raining a fair bit the house was a nice respite and it also allowed me to work up images on my laptop since we also had a generator.

You might be wondering how we got all this gear out there to La Paciencia (where we were waiting) and the Darwin Range since it is extremely remote. We took a boat, an old coastguard cutter, from Punta Arenas on an overnight (16 hour trip) to this remote location. The boat was full and included the generator and a healthy supply of gasoline. While waiting for the racers I basically went into stock shooting mode and had Lydia pose down for me when the light was good or we found an interesting spot. My stock agency will be very happy! 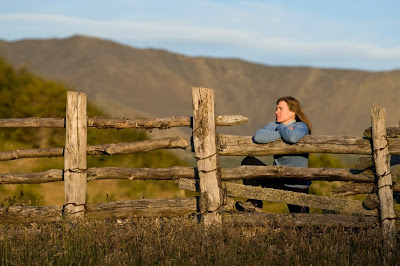 When the racers did show up it was an education in suffering. I have gone on several big mountain expeditions and have done my fair share of suffering but I don’t think I have ever seen people suffer like they did in this race. I’ll admit that before the race my idea of adventure racing was rich, bored dentists out for a weekend of excitement but this race far surpassed any preconceived notion I ever had of adventure racing. These athletes were pushing the envelope of the light and fast philosophy in unmapped terrain. Sadly the waves were so big (2 meters) for safety reasons the sea kayaking section was cancelled. We, the media – all four of us – and the racers piled onto a Chilean marine boat and were shuffled 40 km over to the foot of the Cordillera Darwin (aka The Darwin Range).

So, we went with the racers into hell. We tried to do this 60 km traverse through the Darwin Range in the Valley of Death (no I am not making that up). This was an area where (we were told) only ten expeditions have ever been in recorded history and one of those was Darwin who named the range after himself. There were no real maps. We had a satellite photo of our route and the surrounding peaks. This is one of the few unmapped areas left on planet earth. We were at the very tip of South America – save for a few islands on the far side of the traverse the next stop south was Antarctica.

And we could have done the traverse easily – even with our huge packs of camera gear and such but we only had two days to do the traverse which was a really, really short time with that much gear. We had to do it in two days because the boat on the other side would be gone in two days and we would be left behind. But we had to give it a shot – this is what we came for. The racers did it in 30 to 40 hours but they basically had daypacks and small ones at that and they didn’t sleep at all – they just went straight through. One team didn’t even take packs but just stuffed food into their pockets, carried one water bottle per person and took off.

The first 10 km were the hardest and we were three quarters of the way through that when we decided to start look for a campsite as it was getting dark. There was this “turva” stuff which I have never seen anywhere else on planet earth – it is like a living sponge that is filled with water and you can fall into them quite deep. I even found a large pool of quicksand-like stuff early on (not quicksand – worse). I went in up to my waist and it locked onto me like concrete. It was the consistency of pumpkin pie (with the strings) and Lydia was trying to pull me out and nearly dislocated my ankle so I had to start digging in this stuff for like 10 minutes to release my foot – finally I got out but it was a big eye opener into the type of terrain we were heading into. I have never seen anything like it. It was a peat bog jungle with dense forests and no trails.

Even the racers said it was the craziest terrain they had ever seen. Some even came back and quit the race so I didn’t feel too bad for not making it through. So we set up a camp on top of a granite spine – above the jungle below. We had a great diner with our Chilean friends who where there to write about the race for the biggest paper in Chile. And then it started to rain….and it kept raining. All night and all day the next day – pretty much everything we had was wet save for my cameras, the sleeping bags and one set of clothes. We had crossed some pretty big rivers the day before but now on the way out those rivers were huge because the entire mountain range was draining into this river basin. So when we got back to the river crossings we had done the day before the levels were over our heads and they were raging with ice-cold glacier water. When we first came up to them I was really worried that we could not cross them and that we would be locked in – in places it was pretty deadly looking. We found a place that was dicey but possible – maybe – two by two we used some standard river crossing techniques and crossed in pairs – it was only up to just above my waist – near chest level for Lydia. And the water was moving fast, so fast it was taking me off my feet for a few seconds and then I could find a foot hold…..later that day we had to cross an even bigger river and we went as a team of four people. That one was pretty scary – even bigger than the earlier one….

Back at the check point we had started from I was told a helicopter was on it’s way to shuttle me to the next check point where I could continue covering the race. But the weather reigns supreme in Patagonia and the clouds rolled in and killed any chance of a helicopter taking us anywhere. It rained for another day and a half.

The boat we left on was an old US Coast Guard cutter and the waves were 2 meters tall (6 feet) on icy waters. Hence, we are bouncing around a lot and waves of nausea came and went but never seemed to get bad enough to really get sick. If we started to feel ill then we would go topside and it is was little less rough up there. The boat was pretty nasty and dirty – and all of our gear was completely wet so there wasn’t much in the way of comfort.

Summing up, it was a serious adventure I’ll never forget. We have truly gone to places that are off the map. And I’d go back tomorrow if I could!

I’ll have an expanded version of this blog post in my Spring 2008 newsletter. The Winter 2008 Newsletter is nearly finished as well and will go out as soon as possible.

And because many of the images form the race are being considered for publication in several magazines I have not included too many images with this blog post – you’ll see them soon enough and I’ll report in a future blog post as to where the images have been published. I’ll just say there are a few zingers that will make you cringe and maybe even look away!

Posted in adventure
Show Hide 4 comments
« How to take a $#@% in the woods when it is raining sideways…
Winter 2008 Newsletter is here! »