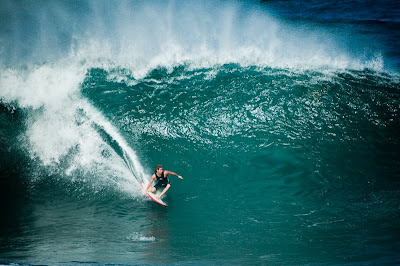 I recently met Brian Bielmann [ www.brianbielmann.com ], one of the top pro surfing photographers in the world, and he invited me to come out and shoot some surfing at Bonzai Pipeline on the North Shore of O’ahu. Pipeline, as many of you know, is one of the world’s most famous surf breaks and regularly has swells that produce waves in excess of 30 feet. So last Thursday, Brian gave me the call about a large swell rolling in and I flew out the next morning at 6 AM. The waves turned out to be sizable, in the 15 to 20-foot range (in Hawaii they would be called 6 to 8 foot waves because the wave height is measured from the back of the wave instead of the front face). Regardless of the wave size, they were the biggest waves I have ever seen and it was a blast hanging out with Brian and his family, and learning all about the surfing world which is far removed from my normal shooting. 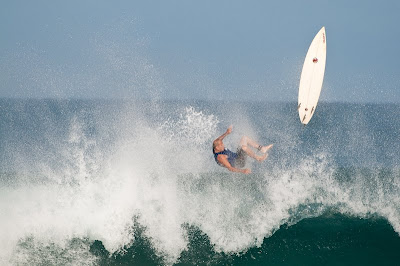 While I was there, on queue, two surfers were severely injured while surfing pipeline. One surfer fractured his femur! From the shore the waves look big but the expert surfers, who had traveled from all over the world to surf there, made it look so easy that I felt like I could go out there and play in the waves. The accidents were a good reminder that even though these weren’t the biggest waves to roll in at pipeline they were still very dangerous. Next time I am out there I’ll have to try shooting from the water as that seems like the next step to up the ante on my surfing images. 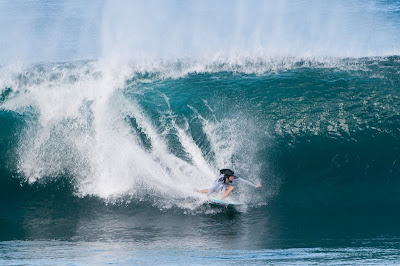 Also, Jamie O’Brien, who has recently been working with Vincent Laforet, was shooting video with a helmet camera while surfing Pipeline. I am sure that footage is quite spectacular.

Needless to say, I hope to return to Hawaii and shoot when the waves come up again, and if I am lucky, hopefully JAWS (a.k.a. Peahi) will rear up on the north shore of Maui and I’ll be back out there in a heartbeat to shoot the biggest wave on the planet! I’ll have some of the selects on my website here in the next week or so. Thanks again to my good friend Brian for having me out and for letting me pick his brain about surfing photography!