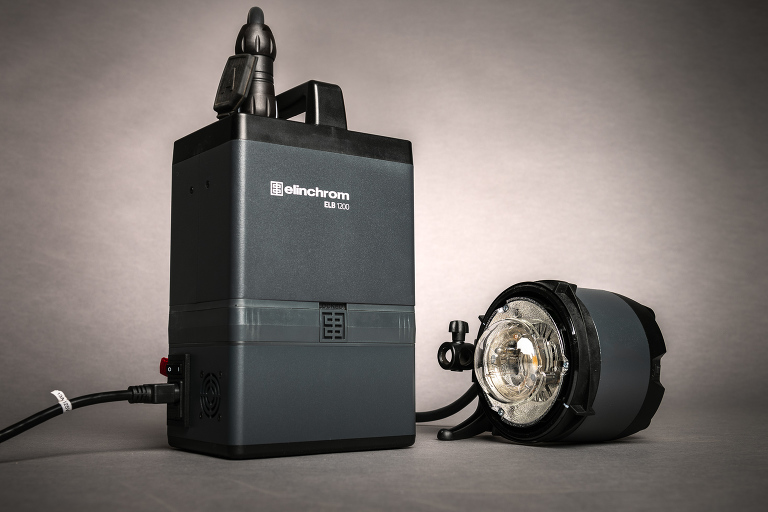 Disclaimer: I am sponsored by Elinchrom and have worked with them for over 12 years now. This product was sent to me to try out. I am a big fan of their products as they work exceedingly well for my work. They are also tough enough to withstand the torture I dish out. This isn’t necessarily an in-depth review as there isn’t much to review other than it works perfectly.

Last week Elinchrom announced the ELB 1200 Dock. The ELB 1200 strobe kit is already an incredibly powerful, lightweight and versatile 1200 Ws battery-powered strobe but with the addition of the Dock, Elinchrom has made it much more versatile so you can have one lighting solution that works both in the studio or out on location. Having known that the Dock was coming for a while, I asked if I could get one to work with in my Cutting-Edge Lighting workshop, which happened this past week at the Santa Fe Workshops. During the workshop, we spent two days in the studio and two days on location. In the studio I used the dock for a demonstration and out in the field we used the ELB 1200 Air batteries. The dock made for seamless integration in the studio and allowed us to use the modeling lamp for hours without worrying about battery power.

The dock snaps on to the bottom of the ELB 1200 in the same way that the batteries attach so it is easy to swap out the battery for the dock. When using the dock, you get the same level of performance as with the battery. The recycle times are pretty much the same as with the battery. I know the Elinchrom website says the pack recycles 0.1 seconds slower at full power with the Dock connected but I honestly couldn’t tell any difference. Even with the dock attached the power pack is still relatively lightweight at 11 lbs (5 Kg), especially compared to other studio power packs.

During my demo for the class, we used one ELB 1200 with the modeling light on as a continuous light source (that did not fire) and another ELB 1200 in Strobo mode with an Action head. As you can see below, we were able to experiment quite a bit and get fairly creative with Deollo Johnson, a good friend and a very talented martial artist. 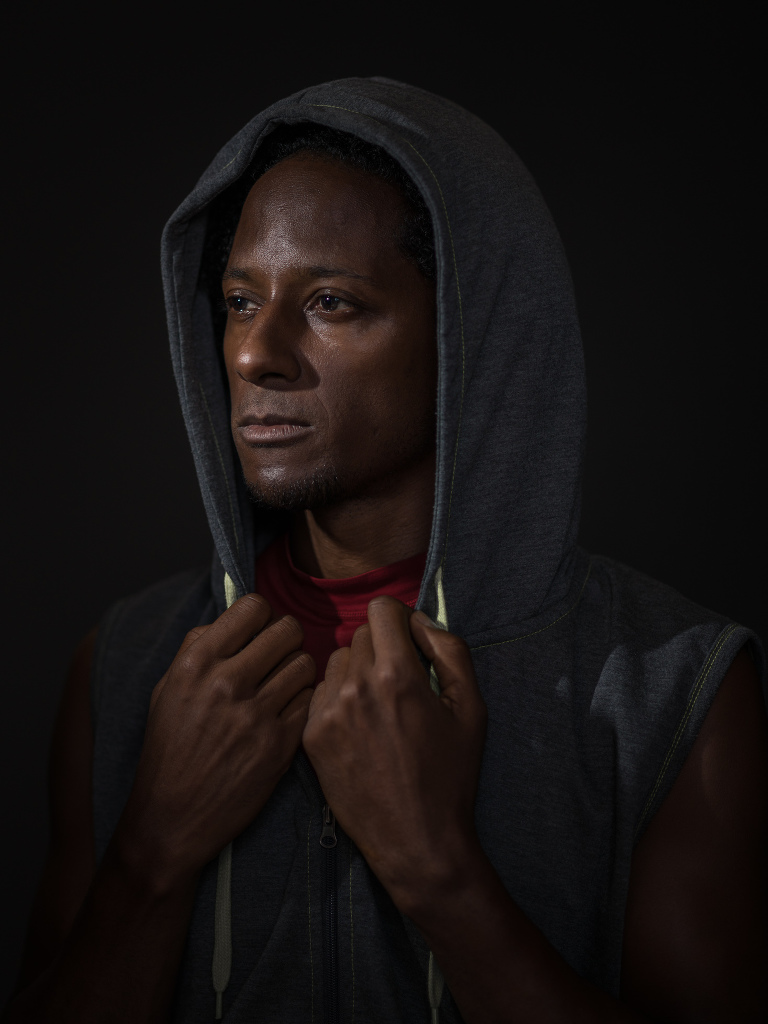 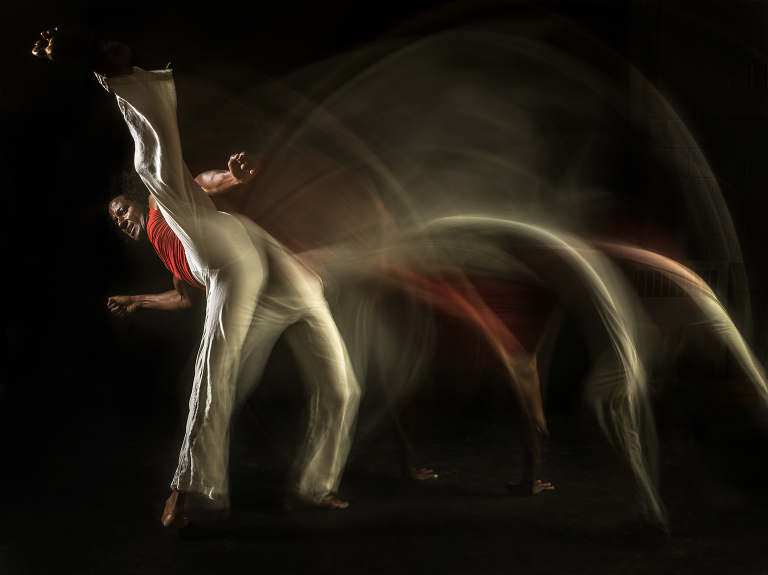 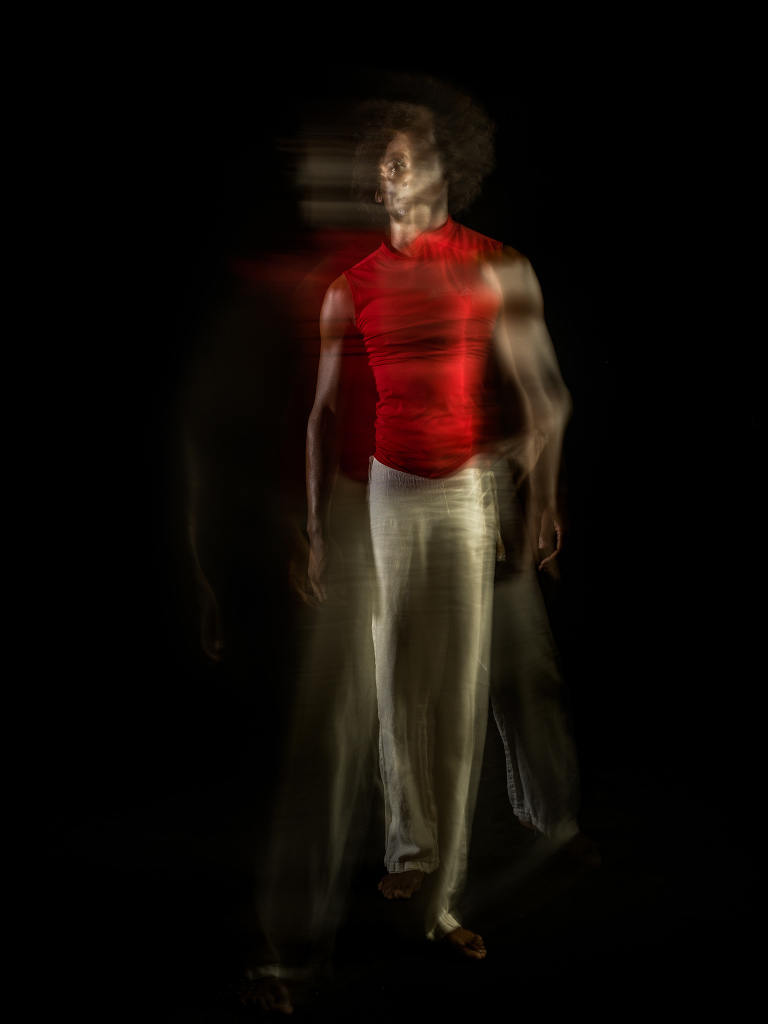 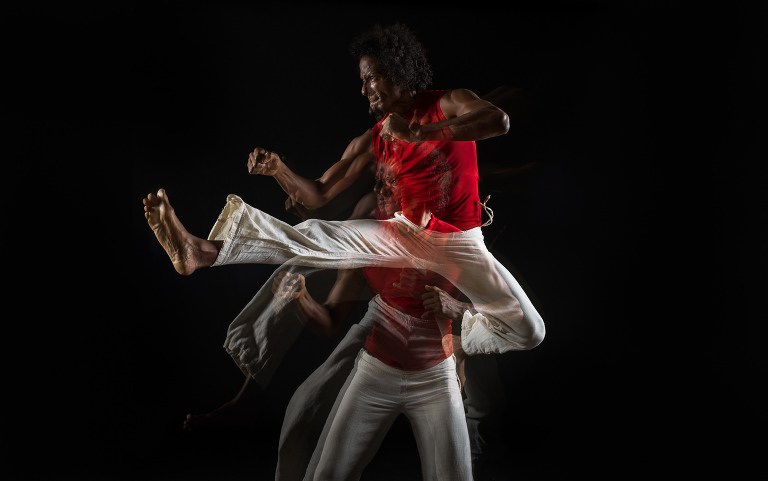 There isn’t much to say about the new dock aside from the obvious fact that it works great and does exactly what you would expect. For those that already own the ELB 1200, note that you will have to update your firmware on the ELB 1200 pack so that it will work with the new dock. Other than that, snap it on, flip the switch and you are in business. The dock has a fan to keep things cool, but I never even heard it while using it for nearly three hours on a relatively hot day. All in all, this is a great addition to the ELB 1200. I will definitely be adding a few of these docks to my strobe kit.

My thanks to Elinchrom for shipping me the dock to use in the workshop this past week and for letting me try it out before it was announced. The dock is another home run for Elinchrom.