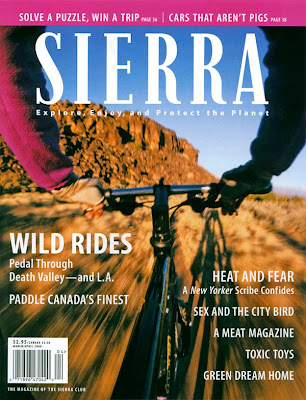 Michael got the cover of the April 2008 issue of Sierra Magazine recently. The image (above) is a self portrait shot while mountain biking on the Red Dot trail near White Rock, New Mexico. The camera was mounted on the seat post with a special clamp that held the camera steady as I rode the singletrack trail. 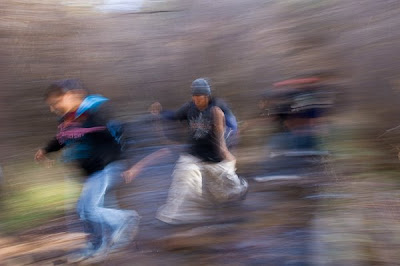 Michael also shot an assignment for the April 2008 issue of Sierra which detailed the Building Bridges to the Outdoors Project which is sponsored by the Sierra Club and locally mentored in New Mexico by the Santa Fe Mountain Center. The article follows a group of Santo Domingo Pueblo native american students as they take a day hike just north of Santa Fe and learn about their culture and how they relate to the outdoors. The image above shows three students crossing a small stream during that hike.