2014: Wrapping up yet another incredible year

“Seeing is not enough; you have to feel what you photograph.” – Andre Kertesz

2014 has been yet another banner year both creatively and professionally. This year marks the 18th year I have been working as a full time pro photographer and I am very much looking forward to 2015. Before we cross over the threshold I thought I would share some of the best images from 2014 and also some of the career highlights this year. Please let me know which images you think are the best ones from this selection in the comments.

For any photographer, pro or amateur, creating a dozen top-notch images is a very good year. I have added several new images to both my online and print portfolios this year. In fact, I have added more images to my main working portfolio this year than ever before in a single year. Hence, without further ado, here are what I feel are my strongest images from 2014. 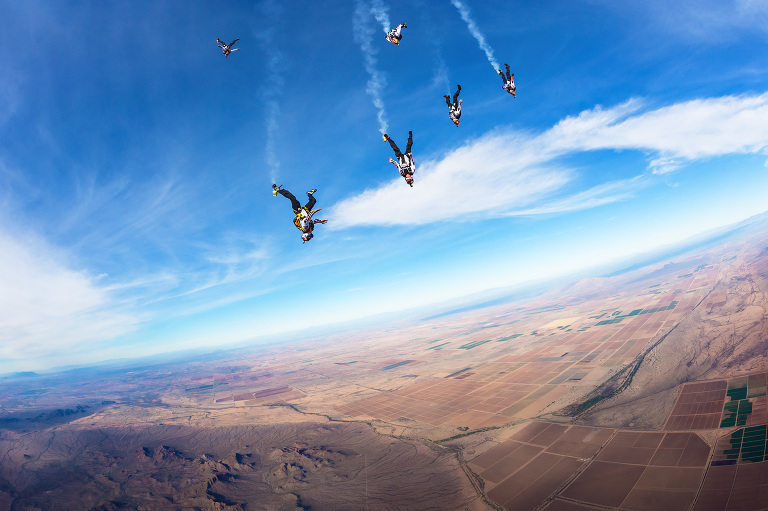 In early January I got a call to photograph the Red Bull Air Force out in Phoenix, Arizona at a training camp. This marked the first time the entire team had been together in quite some time. I was able to get a wide variety of images over the course of two days with the Air Force. I shot everything from portraits to action images, and along with Andy Farrington’s help, also managed to get some “in flight” images of the team as seen above. One of my favorite portraits from that shoot was built from a series of studio portraits of the athletes in their wing suits, as shown below. 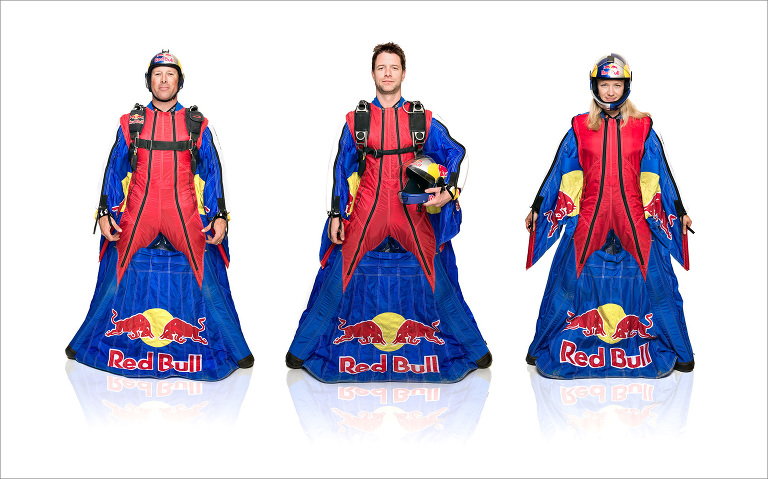 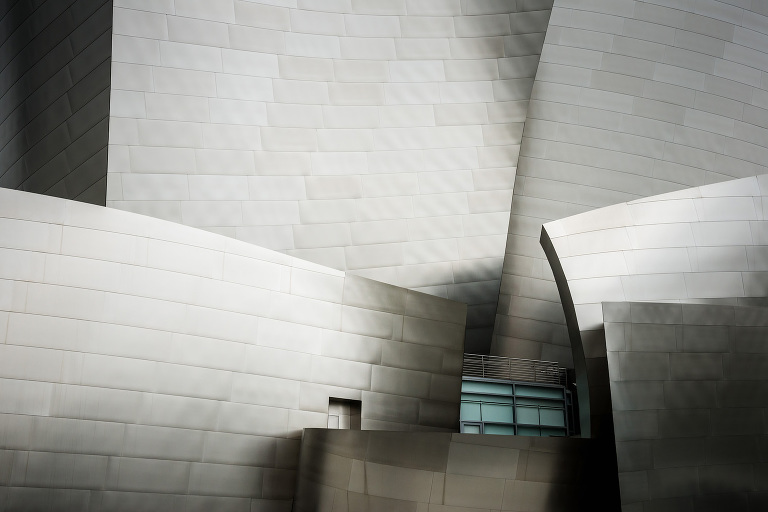 While teaching a workshop in Los Angeles for a former client and his students earlier this year we set out to photograph the well-known Disney Theater in downtown Los Angeles. It was a heavily overcast day which, as it turns out, were the perfect conditions to create moody, dark images of the theater showing all of it’s nuances. I got so many incredible images on this shoot that it was very difficult to choose which ones I liked best. Which one of these three to do you like the best? 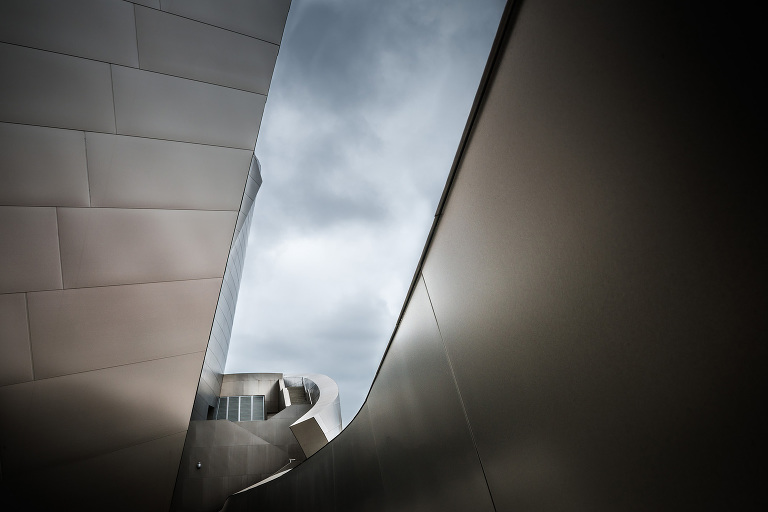 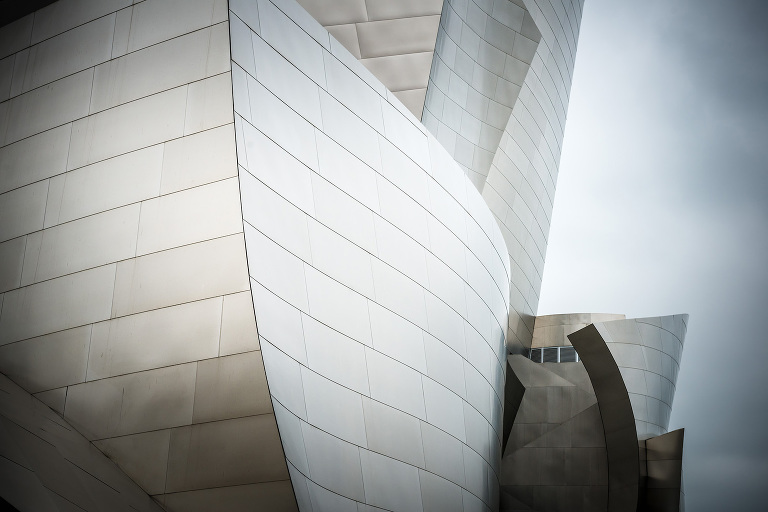 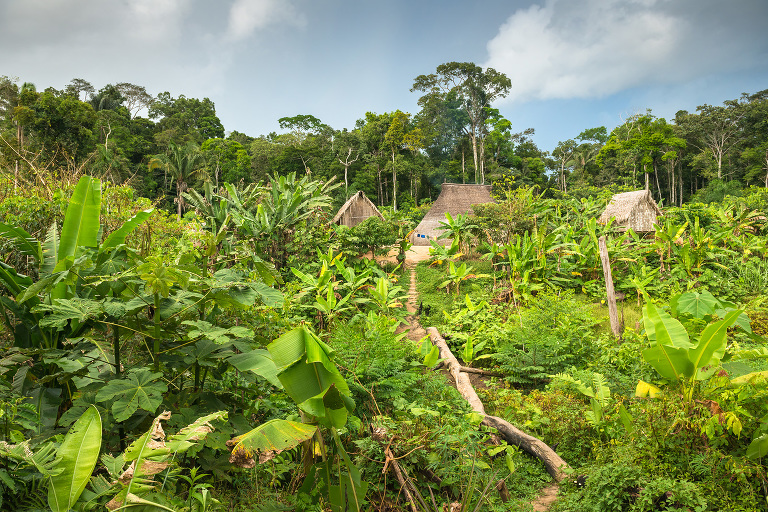 This summer, I spent three weeks deep in the Amazon with Céline Cousteau and some close friends working for CauseCentric Productions while documenting indigenous tribes for an upcoming documentary film entitled Tribes on the Edge. It was one of the most intense experiences and expeditions of my entire career. I captured so many incredible images on that expedition that I can’t possibly share them all here – and I am not able to share many of them as these images are part of an ongoing project. Suffice it to say that this expedition was the highlights of my year and one of the highlights of my career. We are scheduled to head back to the Vale do Javari in May 2015 so there is a lot more to come. For more info on this trip, check out my Summer 2014 Newsletter. 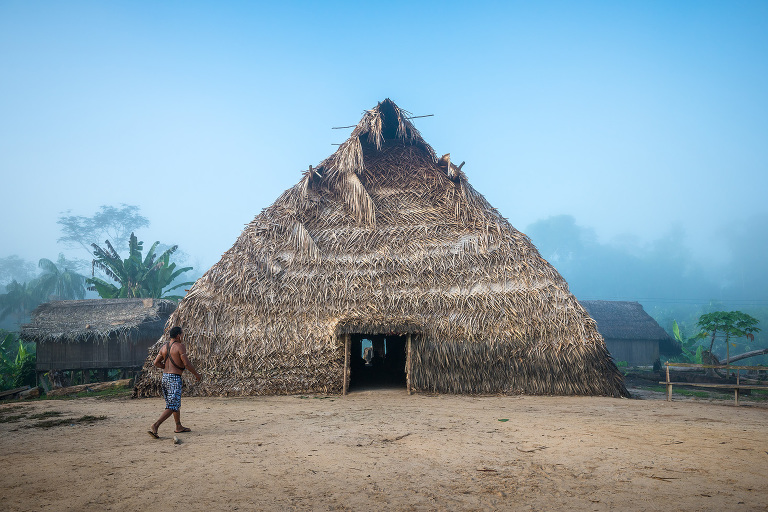 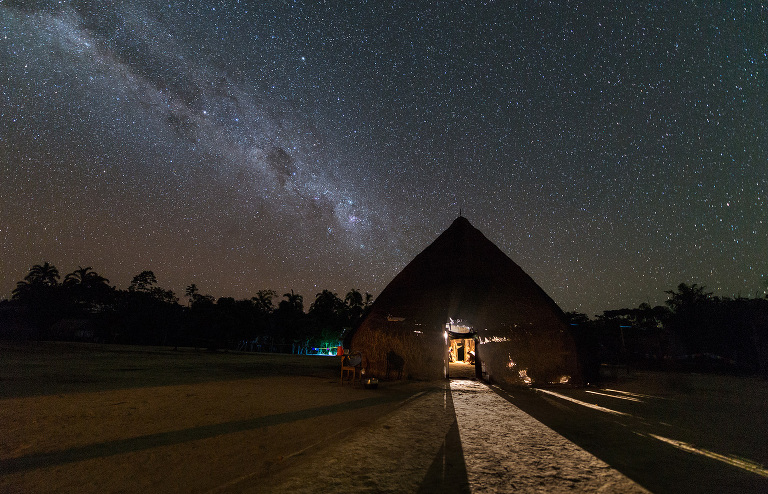 Working with the brand new Elinchrom ELC Pro HD strobes this summer, I set up a studio in my offices and experimented with these amazing new strobes. The results were eye opening in terms of the possibilities and the power of of these new strobes. They were so fast in terms of flash duration and recycling speeds that I had to rethink how I normally shoot. The resulting images are quite different than anything I have ever produced and inspired me shoot in the studio more often – both to create new and exciting images and also to continue working on my lighting skills. 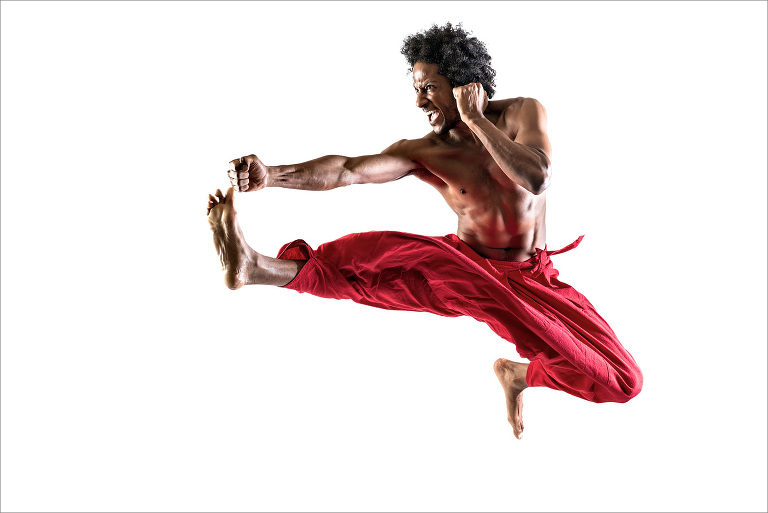 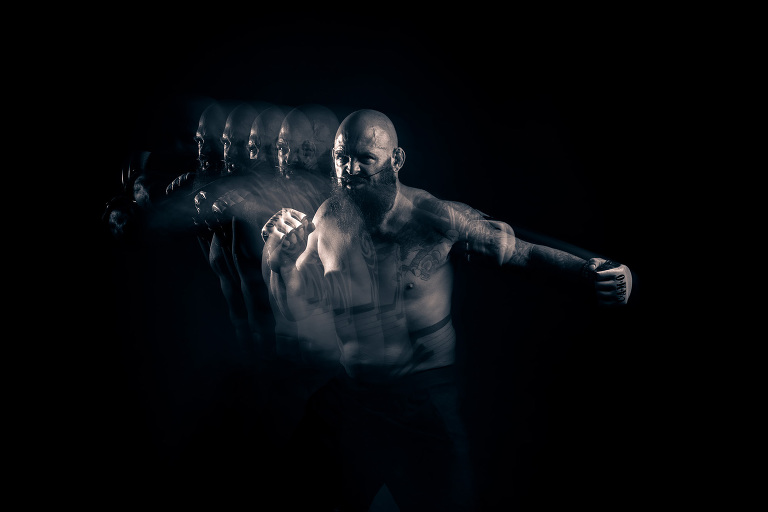 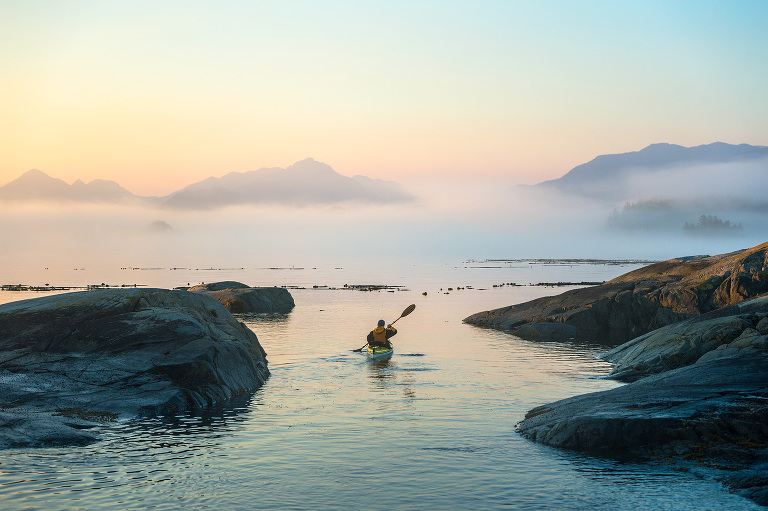 While on assignment this fall for Red Bull Photography and Nokia, I photographed sea kayaking up in the Queen Charlotte Sound near the northern tip of Vancouver Island. The image shown above is the best image from that assignment and might well be the best image I have created in a number of years. Every time I look at this image I like it more and more. It certainly has a mystery about it that you rarely find in adventure sports images. Below are two others from that assignment that also favorites. The other sea kayaking image shown below was shot with the 20 MP Nokia 930 mobile phone. I was blown away that a cell phone could create images of this quality. 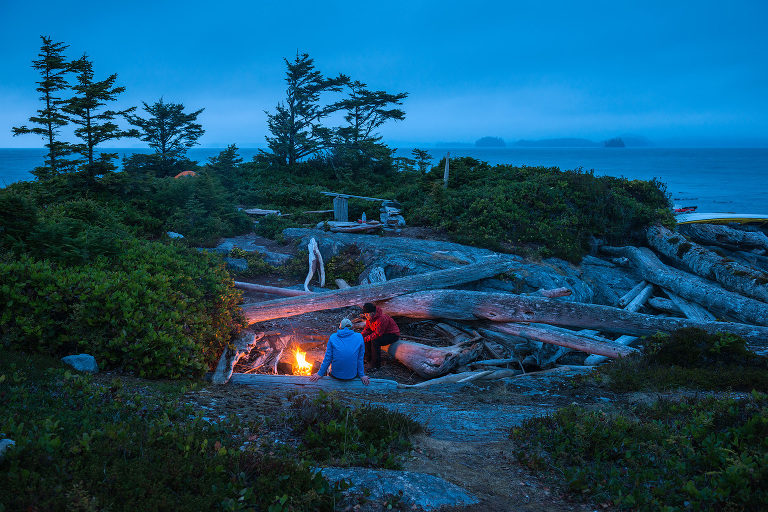 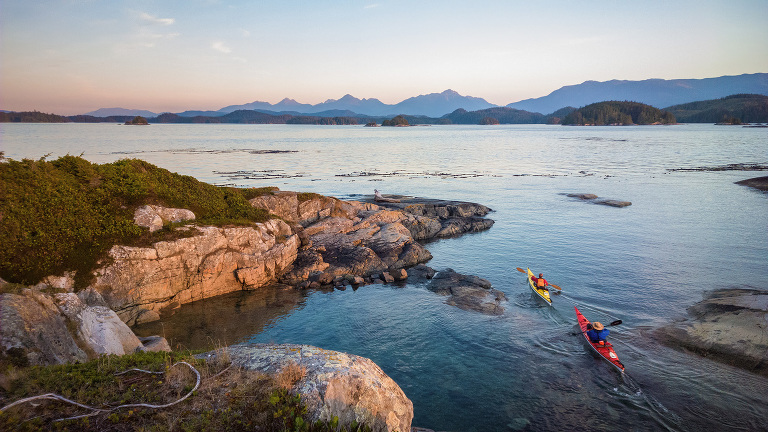 We also shot a behind the scenes video on this sea kayaking expedition, which shows many of the difficulties we faced and how e captured images with both high res DSLRs and the Nokia 930 mobile phones. Check out the full video on Vimeo. 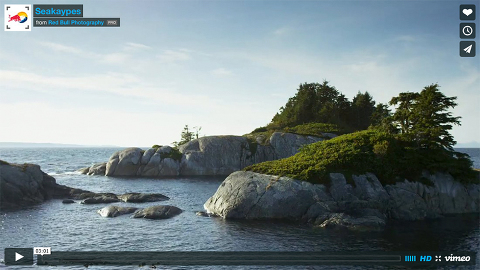 This fall, it was an honor to see Apple use a few of my images to promote the new Retina 5K iMac. One of my surfing images was featured quite prominently on the Apple website and it is great to work with them again. This surfing image was one of the images I featured in last years Wrapping up year end blog post. The new 5K Retina display is ground breaking and images on this display are absolutely stunning. Apple needed extremely high resolution images to show off the display and luckily this surfing image was shot with a high-enough resolution camera to work for their marketing. 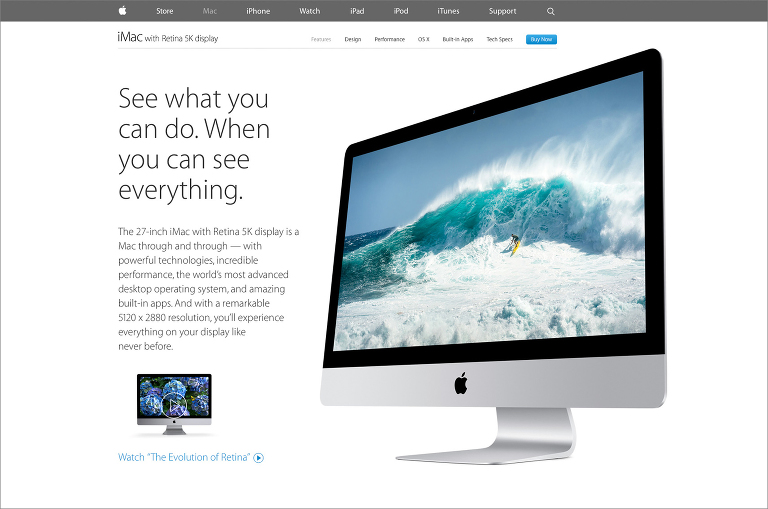 There you have it. Thank you for taking a look. I hope 2015 is even more creative than 2014 and I can continue to push the limits of my creativity and create new perspectives and stellar images for all of my clients. My thanks to all of the clients who hired me for assignments in 2014 and to all of the athletes I was honored to work with. Happy New Year!